Some bacteria have become resistant to antimicrobial drugs, and are antibiotic-resistant. 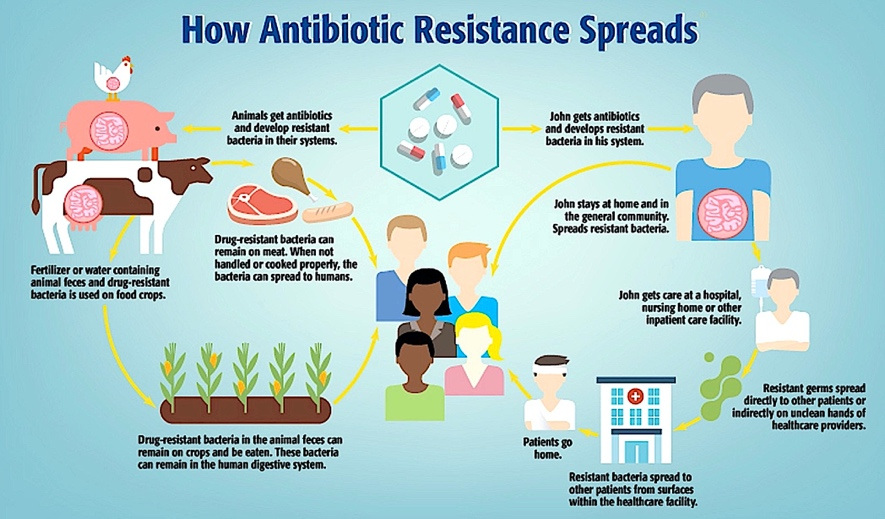 It has been estimated that 36% to 70% of all antibiotics produced in the United States are used in food animal feed or in prophylactic treatment to prevent animal disease. A recent report by the FDA revealed that approximately 25 million pounds of antimicrobials were sold or distributed for use in food-producing animals in 2018. The overall amount sold has decreased by 8% over the past 10 years, but during that time, there has also been an increase in the amount of antibiotics used for therapeutic (not medically necessary) purposes. In 2002, the Minnesota Medical Association published an article by David Wallinga, M.D., M.P.H., who wrote:

According to the [Union of Concerned Scientists], 70 percent of all the antimicrobials used in the United States for all purposes—or about 24.6 million pounds annually—are fed to poultry, swine, and beef cattle for nontherapeutic purposes, in the absence of disease. Over half are “medically important” antimicrobials; identical or so closely related to human medicines that resistance to the animal drug can confer resistance to the similar human drug. Penicillin, tetracycline, macrolides, streptogramins, and sulfonamides are prominent examples.

Based on recent research, it is now recommended that doctors avoid the use of commonly prescribed antibiotics, like tetracycline and ampicillin, in favor of drugs for which Shigella has not shown resistance, such as ciprofloxacin. European countries have reduced the use of antibiotics in animal feed and have seen a corresponding reduction in antibiotic-resistant illnesses in humans.

The Economic Impact of Shigella Infections