What is Shigella and how does it cause food poisoning?

Recognized worldwide as the most common cause of dysentery, the Shiga bacillus—or Shigella—is a facultatively anaerobic, non-motile gram negative rod belonging to the family Enterobacteriaceae, so named because many of its members live in the intestines of humans and warm-blooded animals. 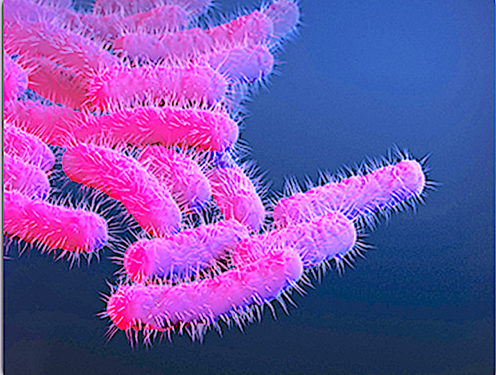 Shigellosis is the clinical syndrome caused by Shigella species and is most typically associated with diarrhea and other gastrointestinal symptoms. In the United States, infection with Shigella bacteria is the third most common cause of bacterial gastroenteritis, preceded by infections with Salmonella and Campylobacter, and followed by infection with E. coli O157.

Shigellosis is a global human health problem; humans are the only natural hosts for Shigella. In 1999, the global burden of shigellosis was estimated at 165 million cases per year, of which 163 million were in developing countries, and resulted in more than one million deaths in the developing world. The disease burden of shigellosis has since decreased to approximately 125 million cases annually, with more than 160,000 deaths. In the United States, Shigella infections are estimated to be responsible for 500,000 illnesses annually, 85% of which are domestically acquired.

Foodborne or waterborne outbreaks of Shigella can disseminate rapidly, propagating by person-to-person contact. Shigella is easily spread from person to person because of its relatively tiny (compared to other bacteria) infectious dose—infection can occur after ingestion of fewer than 100 bacteria. The low infectious inoculum facilitates person-to-person spread by fecal-oral contact, which is the predominant mode of transmission. The bacteria are able to thrive in the human intestine because of acid resistance systems that allow for survival in the presence of stomach acid.

The Discovery and Naming of Shigella

The subgroups of Shigella bacteria have been named after the scientists or investigators who discovered each one. The first bacterium to be discovered, Shigella dysentariae, was named after Kiyoshi Shiga, a Japanese scientist who discovered it in 1896 while investigating a large epidemic of dysentery in Japan. The genus was first termed Shigella in the 1930 edition of Bergey's Manual of Determinative Bacteriology.

In a summary published annually, the CDC provides an overview of the classification of various types (species) of Shigella bacteria, as follows:

The genus Shigella has four species or subgroups (A, B, C, and D) and 43 serotypes (see Table A below). Subgroups A, B, C, and D have historically been treated as species: subgroup A is referred to as S. dysenteriae; subgroup B as S. flexneri; subgroup C as S. boydii, and subgroup D as S. sonnei. Subgroups and serotypes are differentiated from each other by their biochemical characteristics (e.g., their ability to ferment D-mannitol) and their antigenic properties. The most recently recognized serotype belongs to subgroup C (boydii).

The Incidence of Shigella Infection